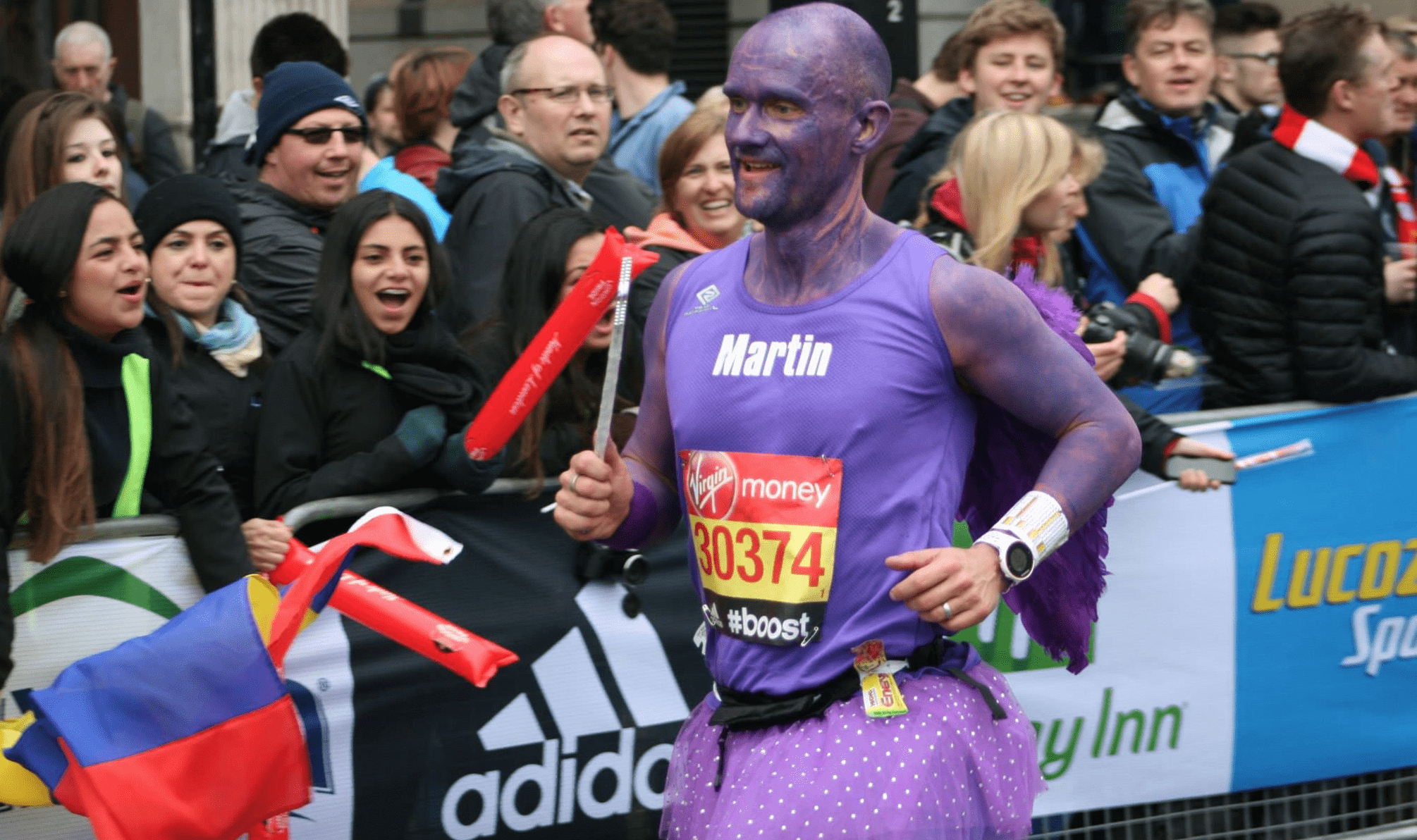 Amateur runner Martin Hulbert is preparing for the London Marathon in April. Here, in his fourth guest blog about his training, he juggles getting some serious miles in his legs with his wife’s birthday, a trip to London and some toast!

February is coming to an end and that means I am half-way through my 16-week training plan for the 2017 London Marathon.

As the first four weeks were full of miles, I was hoping the same could be said for weeks five to eight. However, not all went to plan.

This was similar to the first four weeks and I totalled 75.6 miles. I ran three times on the Tuesday, totalling 25.6 miles, being especially pleased with the final run of the day as miles 20-22 for the day were ran at 5.57 pace on a rolling route while still having another gear left.

My Friday runs were not quite as good. I had plans on the Friday night for my friend’s birthday meaning I was unlikely to be running on the Saturday. So I decided to do my long run on the Friday, incorporating pacing at the ‘We Run LE1’ run at the end of a 22 miler.

I had ran five miles in the morning and set off late in the afternoon with all of my timings worked out.

However, as it started to get dark, I was still in a country park and had to run along canal towpaths to get back to civilisation. Running faster than anticipated, I was struggling to focus in the fading light. When I got back to lit areas, I started to tire and feel light-headed. It was then I realised that my poor choices for lunch were coming back to haunt me.

I struggled back to my car at the 17-mile mark, downed a sports drink and put on some warmer clothes. I then headed to meet the ‘We Run LE1’ runners, where I was still cold and light-headed.

This was mainly uneventful, although it was notable for being my longest ever week, totalling 87.5 miles. Tuesday was another long day made up of three runs totalling 26.4 miles. Thursday was a hard interval session of hill sprints.

My Saturday long run was a tough one that I was not looking forward to. It was 20 miles and what I describe as my 6, 5, 4, 3, 2 run. This is because I increase the pace at each of those points, making the run harder the longer it goes. My average pace for each section was:

I was very pleased with these paces as it was a cold day and was raining and sleeting for most of it, plus it was at the end of a long week.

This was where the juggling began. It was my wife’s birthday on the Thursday and we had planned a day in London on the Friday. So I planned for this to be my cutback week. I started the week with a hard nine-mile progressive run on Monday and a 6.6 mile progressive run with the club on Tuesday. After this run, my left calf, which had been feeling tight, seemed to develop a bit more of a niggle in a different place. I decided to rest on the Wednesday and booked into Function Jigsaw on Thursday to get it checked out.

Luckily (I guess), it was diagnosed as tibialis posterior inflammation, which although sore, shouldn’t stop me from running if I could handle the discomfort.

The worst thing, for me, was the advice to start sitting on a hockey ball to loosen up a tight glute muscle (it hurts more than my calf)! I also took Thursday and Friday as rest days, although I walked over eight miles in London before returning to running on Saturday with a 16-mile run, with the middle six miles being an average pace of 6.14m/m.

My calf was sore but manageable so I was pleased with that run. I finished the week with a short easy Sunday run to take my weekly total to 41.2 miles, my shortest week for a very long time.

This is the half-way point in my training and it was another disjointed week. It started off well with a 10-mile fartlek run on Monday (including four miles progressive pace increase, some short steep hill reps and a fast mile) and 21.6 miles on Tuesday over two runs.

After a short run on Wednesday, I ran twice on Thursday with my second session being a hard interval session with the club, being hampered by the final throes of Storm Doris.

I then awoke on the Friday with more discomfort in my left calf. I tried to go for an easy recovery run but it didn’t feel right so I came home instead of risking further damage.  Luckily Saturday and Sunday were planned rest days as I was on a coaching course so the week finished at a total of 52.1 miles.

The first six weeks went to perfection, while the last two weeks have tempered my ambitions slightly. I still have the base miles in my legs so I am confident that if I can keep my calf in working order I can still achieve a sub-2:50 time, but I feel that my 2:45 ambitions may be slipping away.

Read More: Blog III: Why Martin Hulbert has been getting some strange looks from car dealers in Leicestershire.