Blog: Will a persistent leg issue ruin Hulbert’s hopes for a PB? 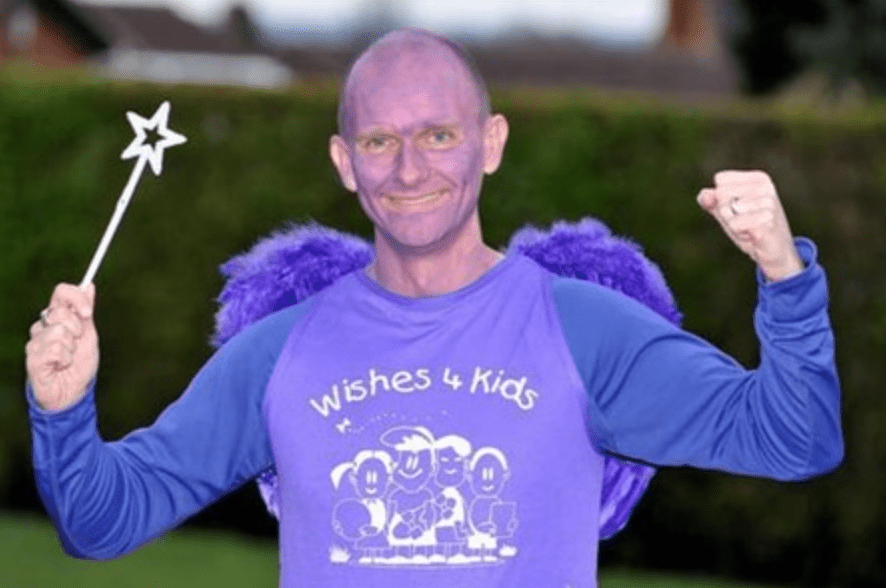 Guest blogger Martin Hulbert is getting closer to running the London Marathon and putting plenty of miles through his body.

But will a persistent leg issue ruin his hopes to run a personal best?

I was trying to get back to ‘normal’ mileage (for me) after a couple of shorter frustrating weeks.

I started the week with an easy 22-miler on Monday morning and this went fine apart from being a mentally draining start to the week. Tuesday was a shorter double day that totalled 16 miles instead of the usual 25-plus.

This was good because with heavy rain around at the time, I was rather grumpy after every car in the local area seemed to splash me during my evening run. Thursday was the usual mix of hills and speed reps with my running club, with this session added to an easy morning run giving a daily total of just over 13 miles.

My Saturday long run, the second of the week, was a tough run made up of 6 miles easy, 4 miles at marathon pace (averaged 6.16 pace), 2 miles easy, 4 miles at marathon pace (averaged 6.26 pace) and 2 miles easy to finish. The first block of MP miles felt as though I was battling the pace and I slowed noticeably on the second set of MP miles. I’m not sure if it was a cumulation of the weekly mileage and the extra leg strengthening exercises, or if I was just mentally fatigued and didn’t push hard enough.

But, as I tell others, one bad run doesn’t make a bad runner so I must put it to one side, not let it bother me and move on.

This was initially planned as a cutback week, but, due to not running as much in weeks seven and eight I decided to keep the mileage high. Monday included an 8.5-mile progression run, with the first 7 miles being faster than the mile before.  This is great for pace judgement and running fast on tiring legs.

I managed to go from 7.37 to 6.02 m/m paces before slowing to cool down. However, my left leg didn’t feel right, even at the faster paces. Tuesday was back to my longer double (this was a triple) run day. I ran an easy effort 10-miler, ‘managing’ my leg around (not overly sensible), followed by a 5-mile Running Buddy session with a Personal Training client.

My final run of the day was with Wigston Phoenix, running 8.5 miles to bring my daily total to 23.7 miles. I decided to have a few days off to try to sort my leg as it was really starting to affect me, both physically and mentally.

I went for a massage and physio session with Tom at Function Jigsaw, before returning on Thursday to sit in a Biosysco Aquaneuro bath they have at the clinic. You sit in a bath with your back against a pad. They then send an electric current through you to stimulate your nerves. It felt more like the sensation you get from a TENS machine. Or it did until it was obvious that my left side had an issue.

As the current was turned up, my right side (the normal one) had sensations from my hip to my toes, whereas on my left side the current was getting jammed at my hip, sending them shooting into my abs and back. It felt like a very strong Slendertone machine (remember those machines where people thought they could get abs by sitting on a sofa with a belt strapped to their waist as they ate chocolate?). It was not a comfortable experience but it showed that there is a nerve issue in my left leg.

I was sent away with a plan of using the hockey ball, stretching and rolling to return on the Monday.  My next run was an easy effort with 4 miles on Sunday without any calf pain, but the niggles had moved to the outside of my left foot!

I started with the decision not to chase mileage but concentrate on quality runs. Monday was just a 3.3 mile Running Buddy run with a client and then back to Function Jigsaw to sit in the bath again. This showed that the exercises I had been doing over the weekend had helped the currents reach my left foot. Maybe this was a turning point?

Tuesday was a day of two halves. I ran an easy effort of 4 miles in the morning, with my leg feeling as bad as it did last week, which was demoralising! The evening Club run was their tempo run. I needed this as a confidence booster so just legged it hard from the start. I left everyone else behind and after half a mile I didn’t see anyone else from the club until I got back.

I felt good, fast and strong and averaged 5.53 pace for 3.5 miles in the 20 minutes (including crossing roads). Thursday was a hard speed/hills session with the club with my leg feeling good, before an easy double day with clients on Friday.

I experienced a new kind of running on Saturday, being a guide at a visual impairment running session. Sunday was my big test, the Ashby 20-mile race. I always use this as a test of race pace by running it as a progressive training run. This year I ran with a clubmate to halfway at an average of 7.05m/m pace. It was as this point, with my left leg sore, that I decided to push on. I ran the final 10 miles at an average of 6.20m/m and was not overtaken by anyone.  This felt good and finally my confidence returned.

I began in a buoyant mood after Ashby, but was soon back to the recent ups and downs. Most notably, running with the club on Tuesday was mentally tough as my leg was sore to start, felt ok through a few faster miles and then, when slowing to cooldown, was sore again. Thursday was a great run with the club hills and speed session. I ran 23 reps of Peace Walk hill and followed that with some hard sprints in a 9.7-mile session. The week was finished with a 22-mile ‘time on feet’ run, where I was just trying to get more miles and time into my legs. Once again, this finished with soreness in my left leg!

I am now resigned to the thought that a marathon PB is gone for another year, but I am still confident (based on my Ashby performance) to run under 3 hours for the seventh year in a row.