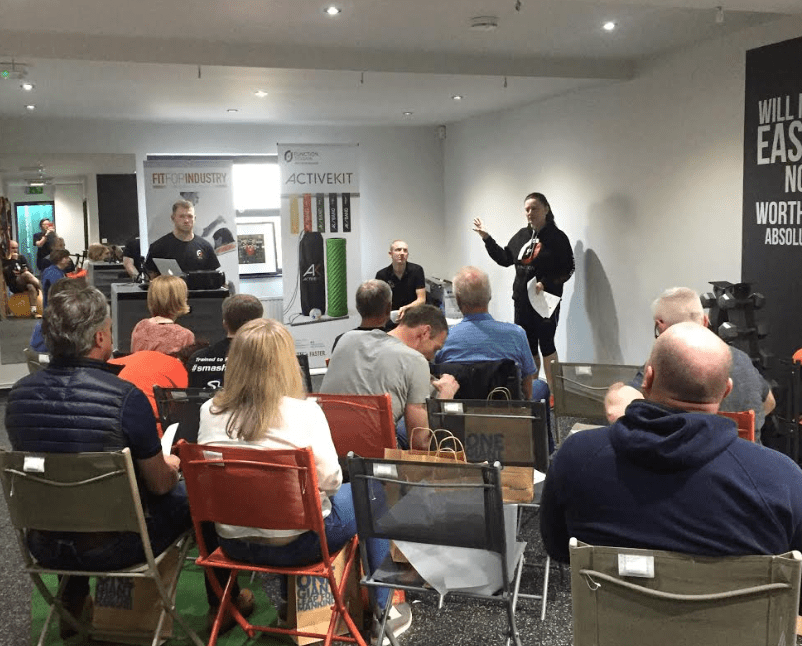 “I only ever take part in things if I know I have a chance of winning. I want to win and, if I can’t, I walk away from it.”

That was the mantra of amateur national cyclist Matt Bottrill before he began one of the biggest challenges of his life to get ready to compete in a triathlon after a six-week intensive training programme.

Working with Function Jigsaw’s new FJ Performance plan, Matt’s results produced a great story. His dedication was incredible and he went on to win the Leicester Sprint Triathlon – Racetime Events.

At Function Jigsaw’s clinic in Wigston, MD Julie Hayton and S&C coach, Dave Clarke explained the processes that Matt went through and the results he achieved. Watching on in the clinic was an audience of athletes who were keen to see if they could use any of the processes for their own benefit.

Matt has been cycling for over 20 years with experience at all levels, 500 race wins and 30 Great Britain caps thrown into the mix. But, when moving to triathlon, he struggled with the very basics of running and swimming because it was so alien to him.

The new FJ Performance product is a package looking at ‘challenging yourself’ to improve your abilities or set new personal goals. Within that, it looks at all services that could be considered like: mindset, psychology, strength and conditioning, nutrition and recovery.

Matt was tested at the start of the process to see where work needed to be done and he looked like ‘Bambi on ice’ at the start of his running training. He struggled to engage some of his muscles and perform even basic demands because he did such little running as a cyclist.

The whole package of the FJ Performance plan was used on him. Along with the obvious S&C side of the process, psychology and nutrition also played a huge part in the six weeks.

Book yourself in on the FJ Performance testing day at Leicester Arena on August 6 – click here for more details.

The psychological side of the challenge proved very important with Matt having spent most of his life on a bike and finding the processes involved in running and swimming quite alien to him.

Dave said: “We had to make Matt feel comfortable and motivated in a different environment than what he was used to.

“Getting Matt off the bike was hard work. It was like trying to take a dummy from a baby and, joking aside, mentally it was very difficult for Matt to feel comfortable which led to some in-house therapeutic support.”

Matt added: “Things that look easy to the eye to others, definitely weren’t for me!”

With the S&C and nutritional side of the FJ Performance package helping shape Matt into a more all-round athlete, the results he produced were incredible and delighted not only him but those involved in his astonishing six-week transformation from cyclist to triathlete.

Read more: Battered Bottrill nears the end of the road