Bottrill has been battered, but all for the right reasons, as challenge nears end 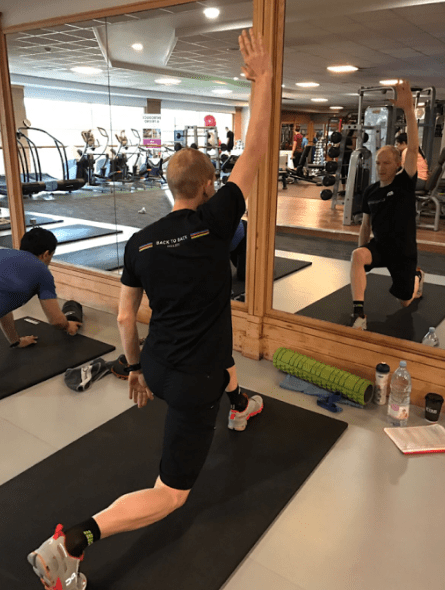 Matt Bottrill is feeling ‘absolutely battered’ – but for all the right reasons.

The former multi-national cycling champion is nearing the end of the gruelling challenge he has taken on with Function Jigsaw that will see him to try to transform himself from a Great Britain cycling international, into someone who can genuinely compete in triathlons…in just six weeks!

Any cyclist will know the size of that task.

Matt and the Function Jigsaw team will be revealing how he got on, what condition he is in and what comes next at a special evening at the company’s clinic in Wigston on Thursday May 11.

The details of his training programme will also be revealed on that night, along with the launch of Function Jigsaw’s new ‘FJ Performance’ plans – packages that will help you to transform yourself as an athlete too, just like Matt.

Spaces are still available for members of the public to attend – contact (0116) 3400 255 to book your seat at what promises to be a fascinating insight into the training routine of a man who is hell-bent on success.

‘I am moving a lot better now’

“It has been very different to what I am used to with loads of functional movement and strength and conditioning. It has been great and I am definitely moving a lot better now,” said Matt.

“It has definitely been hard work and I have been using muscles that I have not used before. Some days I walk out of the gym feeling absolutely battered. But that has translated into power when I go out and swim and run.

“I am definitely progressing and have recorded personal bests for swimming and running times and my power is coming back on the bike. That is one of the things that I struggled with when I made the transition to triathlon.

“I am finding I can take more impact on the running and that translates into me being able to push the numbers on the bike.

“I feel like I am on track but the true test of that will be when I do my first event. It is very exciting.”

That routine has not only been interesting for Matt – but also for Dave Clarke, the man charged with driving his S&C.

He says Matt’s commitment to the cause is making him a pleasure to deal with and says he is working incredibly hard and making great strides in disciplines that don’t come naturally after a lifetime on a bike.

‘This training will be game-changing for him’

“The hardest thing for Matt during a challenge like this would be to find the time to both train and recover with a full-time job, business and family,” he said.

“Fitting in all of the training he needs to do around that is hard work. He is doing a good job of it though and now he has to keep going and swim, bike and run without getting injured.

“We have been looking at a static assessment of him and then a movement assessment to see if he had any differences between his right or left leg, his ankles or how his pelvis works etc. To see how his body takes on various forces, we did some power endurance testing in the gym and, over the course of his training, we are always looking to get them better.

“We looked at his skeletal posture too to see what we could learn from that.

“Matt is managing to fit his training around the other parts of his life and that means he can do well because there are no restrictions.

“Every week, Matt should be doing two swims, two runs, two S&Cs and two bike sessions. He is obviously used to doing most of his sessions on the bike.

“He is really devoted to the task and he has just showed that with a PB run in a 10km event. He is great to work with and always wants to listen and learn to get better at what he is doing.

“This training will be game-changing for him. We will all see the results of this and how he got there on May 11 at Function Jigsaw. It will be a fascinating evening.”