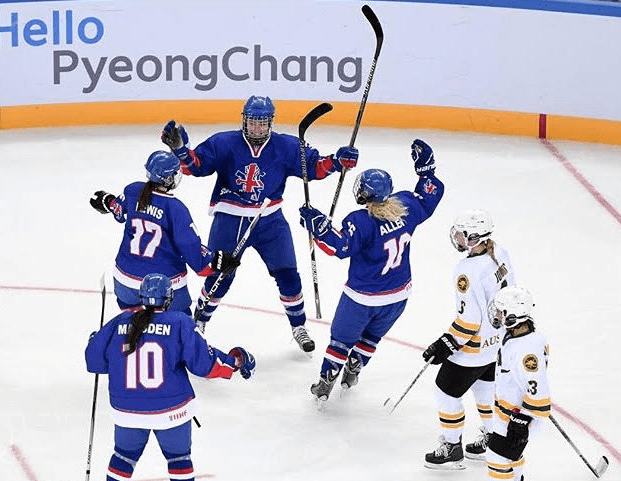 Following agonisingly close losses to the Netherlands (5-4) and DPR Korea (3-2 OT), Function Jigsaw brand ambassador Saffron Allen and the rest of the GB Women Ice Hockey team bounced back in style to take the bronze medal at the IIHF World Championships in Korea.

The day arrived to take on hosts South Korea. A team that has had huge financial input due to their Olympic Games entry next year.

The game was always going to be tough and a repeat of a game that saw us miss out on the gold medal last year.

The contest was as expected – very fast and skilful and, after regulation time, it was all square.

We hit into overtime and despite having chances, Korea grabbed a break and saw the game home with the winning goal. A very gutting finish to a game that we had to walk away from with only one point.

Game 4 arrived – Slovenia – and the team was feeling good, despite earlier defeats. Morning practice went well and we were all looking sharp. We hit the game, later that day and, were on a real high having taken it comfortably 8-2. Our GB Under-18s boys came to support us, as they had a rest day, and we shared a great moment singing our anthem together after our win.

It was crunch time for GB Women!

Following the game, we had another rest day. This gave us chance to go and support ten Under-18s in return, who had a game against Romania.
Unfortunately we didn’t get to sing our national anthem together again after they fell just short.
We then had another solid practice before preparing for our final game day against Australia.
It was crunch time! Plan and simple – win – and we get bronze. Lose – and we don’t. The game was fast yet scrappy.
We secured a 2-0 lead at the end of the first period but found ourselves tied at 3-3 after the second meaning we had it all to play for. We went hard and managed to pull away for a 5-3 win to become bronze medalists. Celebrations were cut short, however, with a very quick turn around of only an hour at the hotel before we left for the long journey home.
It was the start of a four-hour coach ride, an 11-hour flight and a long car journey when back on UK soil. What an experience – and thanks to Function Jigsaw for their support throughout the trip.
Read: Blog 1 – Saffron Allen arrives in Korea to begin the tournament and has some ‘strange tastes’ for dinner!
Share this post
Share on FacebookShare on Facebook TweetShare on Twitter Pin itShare on Pinterest Share on LinkedInShare on LinkedIn